Alabama Hills Now Closed for Boondocking Due to Fire Danger

Alabama Hills Now Closed for Boondocking Due to Fire Danger 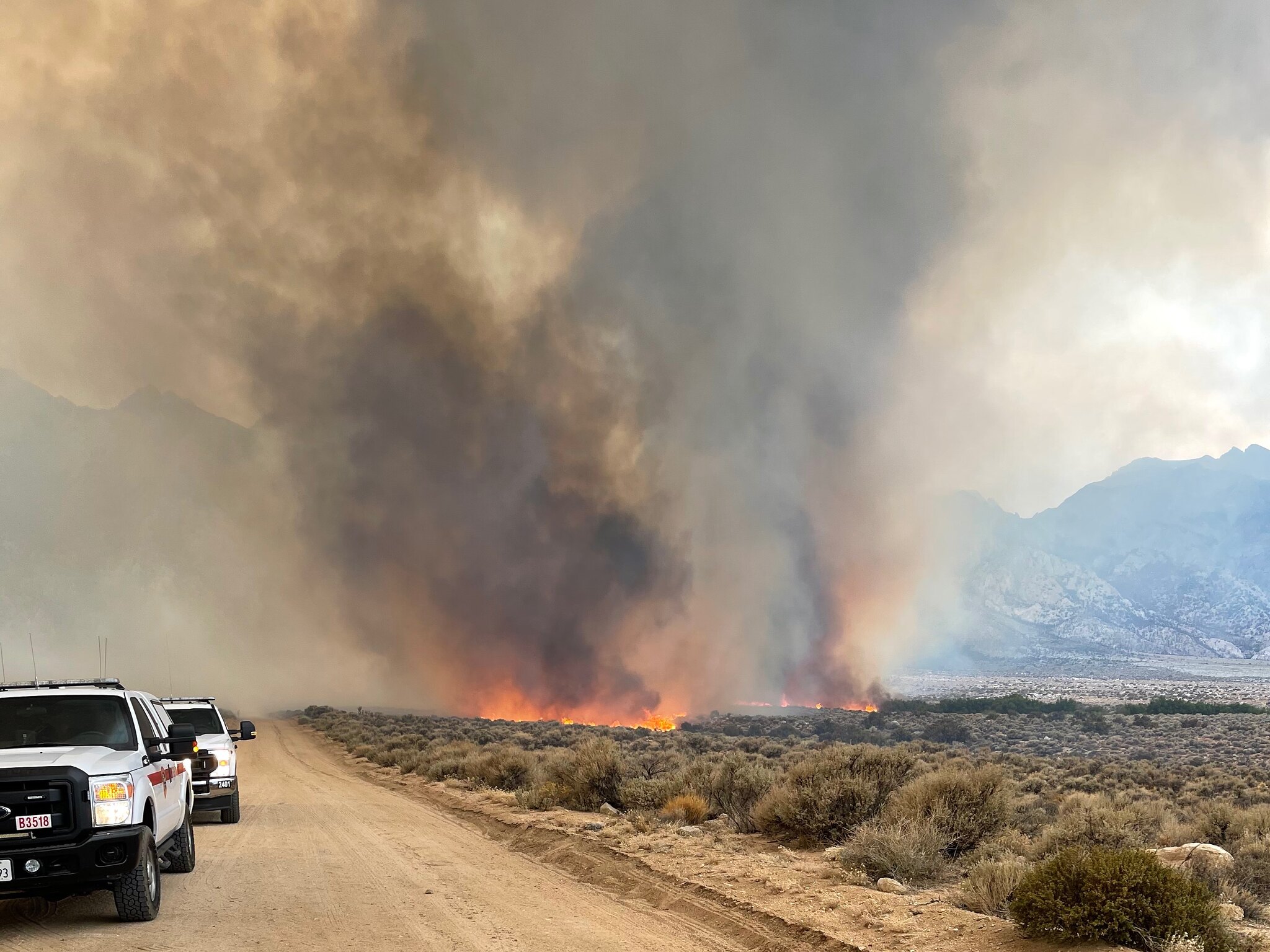 The very-popular Alabama Hills, a dispersed camping area in the Eastern Sierra Mountains of California, is now closed for all camping due to a CodeRED Alert as a result of the nearby Alabama Fire. The Inyo County Sheriff is now ordering all existing campers and recreationists to evacuate the Alabama Hills National Scenic Area near Lone Pine, which is managed by the Bureau of Land Management Bishop Field Office.

The BLM, in cooperation with the California Highway Patrol, Inyo County Sheriff, Inyo National Forest and CalFire directed outdoor enthusiasts to leave the Alabama Hills and advised them not to return until the fire danger has subsided.

The Alabama Fire is being managed under Unified Command by the CalFire San Bernardino/Inyo/Mono Unit and the Inyo National Forest. According to CalFire, the incident was sparked by lightening earlier today (Friday, June 18, 2021) near the intersection of the Whitney Portal Road and Hogback Road. It has burned approximately 230 acres as of this publishing, including some federal public land, with no containment.

BLM-managed public lands in the Alabama Hills are within the jurisdiction of the Bishop Field Office, yet are designated as CalFire’s Direct Protection Area. This agreement authorizes CalFire, as a state agency, to assume the primary responsibility for attacking wildland fire and suppression actions on BLM-managed public lands.

The National Weather Service has issued a Red Flag Warning and Excessive Heat Warning for the Lone Pine area with high temperatures, gusty winds and a chance of thunderstorms in the forecast.

The public is advised to stay informed on wildland fire danger and beware of emergency vehicles and firefighters, which may be utilizing roadways during an emergency. Never drive into smoke, which can obscure your view and always practice One Less Spark – One Less Wildfire.