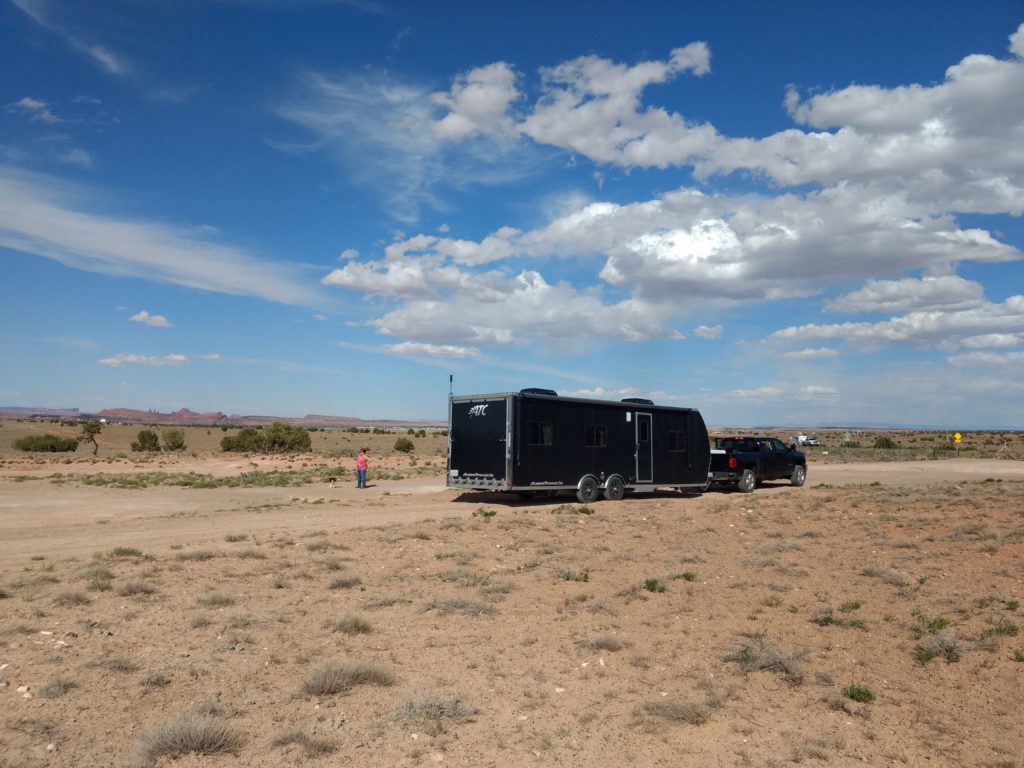 No, most RV boondockers are not.

RV Boondockers Have Other Reasons

Most are interested in getting away from crowds and being out in nature. They love being more self-reliant and learning how to get by with less. They enjoy and doing more of their own fixes and improvements. Boondockers already have some kind of sufficient income source.

But there are still a lot of RV boondockers that are financially motivated. However, it’s not because they can’t afford to stay in an RV park. Rather, they’re more frugal than they are poor. They don’t like having to pay more than they have to. For them, it’s a source of pride to pay less and less each month. They enjoy sharing their successes in trimming costs with other boondockers.

Many boondockers hate the idea of calling up RV parks to inquire on available spaces. They hate being put on hold, having leave a message, or being transferred around. More and more RV parks are becoming crowded as RVing increases in popularity. Finding available RV park spaces becomes so aggravating that they commit themselves to life of boondocking on public lands.

It’s Less About Income, and More About Expenses

While the cost of RV boondocking can be cheaper than the cost of living in a brick-and-sticks home, boondockers are not really cash-strapped.

There are many RV boondockers who have cut down their monthly expenses just to be feel free from obligation. It’s not because they have to save money to survive, but because they want to feel liberated from bills, taxes, fees, and penalties. Most boondockers have also cut down their income as a way to feel leave a smaller footprint on society. RV boondockers don’t see themselves as being poor, even though many may actually be in a lower income bracket. Instead, they see themselves as being well-do-to in terms of freedom, self-reliance, and lots of peace and quiet.

The news has reported heavily about people living in their RVs along city streets, explaining that they cannot afford rent, or are unemployed. This creates the assumption that people who live in their RVs were forced into living in them, and thus are poor.

But that’s not the story with boondockers. Full time RVers who choose to set up camp well into the woods, mountains, and deserts, don’t do so because they’re poor but because they love that kind of living. Meanwhile, the urban RV dwellers prefer to stay in urban areas for the income and charitable opportunities (food banks, unemployment income, job placement services, etc.)

Most RV Boondockers Are Motivated

Boondockers are generally highly motivated people because it requires a lot of energy and commitment to live off-grid and manage an RV entirely yourself. Instead of putting all that motivation into working a job at an organization, they put it into their own day-to-day survival.

While saving money by boondocking is often a source of pride for most RVers, it’s often not what motivates them.