Do I Have to Shut Off My Generator at Night? 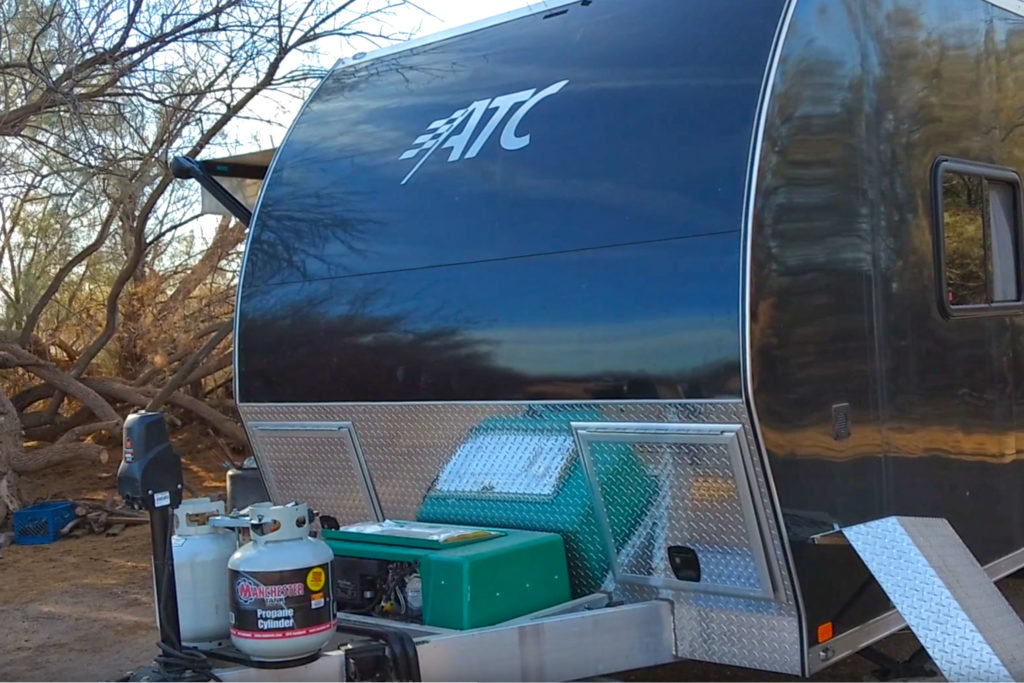 Shutting off your generator at night is more an act of kindness than a steadfast regulation at most public lands. Most jurisdictions don’t define, “quiet hours” on a broad, nationwide basis. Quiet hours are generally defined at developed campgrounds, or defined in forests and grasslands.

In areas where dispersed camping is allowed, there is no specific mention of “quiet hours” nor any specific times of the day/night when excessive noise (generators, music, loud noises) are prohibited.

However, the BLM does have a general rule on excessive noise:

(a) No person shall cause a public disturbance or create a risk to other persons on public lands by engaging in activities which include, but are not limited to, the following:

(2) Creating a hazard or nuisance;

The BLM does not define what “unreasonable noise” means.

Our Experience: Campers generally run their generators well into the night. Most of the time they are not a nuisance because campers usually maintain a fair amount of distance from others, and most are running “inverter generators” as opposed to the more loud “contractor generators”. Generally, BLM officials rarely patrol open lands during the day, and never during the night. It’s practically unheard of that a BLM official will come out to enforce the above rules, even if another camper complained.

Each developed campground and Long Term Visitor Area establishes its own rules on quiet hours. You must inquire at each specific campground or LTVA to determine what those hours are, and what other restrictions on generators they may have.

The USFS does not specifically define “quiet hours” on a nationwide basis for all national forests and national grasslands. However, each forest and grassland is responsible for defining what these hours are, or if quiet hours should be defined and enforced at all. You will need to inquire at a ranger station or visitor center at the specific forest or grassland.

The USFS does have a more broad, general rule on excessive noise that applies across all forests and grasslands…

The following are prohibited:

(i) Operating or using in or near a campsite, developed recreation site, or over an adjacent body of water without a permit, any device which produces noise, such as a radio, television, musical instrument, motor or engine in such a manner and at such a time so as to unreasonably disturb any person.

The rule does not define, “unreasonably”. It’s understood that you can still make noise, as long as it’s not unreasonable enough that it disturbs other people.

Our Experience: Forest rangers are for more likely to patrol areas where dispersed camping is allowed, but mostly during the day. They never patrol late into the evening. If you’re at least 200 feet away from another camper, it’s rare that they’ll complain about your generator running late at night, especially if you have the quieter “inverter generator”.

The USFS does not define quiet hours on a nationwide basis for all developed campgrounds. Instead, each forest, grassland, and campground is free to define their own quiet hours…

The National Park Service (NPS) has defined “quiet hours” as between 10:00pm to 6:00am for all national parks. This doesn’t necessarily mean that all generators must be shut off between those hours. Officially, only those generators that exceed 60 decibels “measured on the A-weighted scale at 50 feet”, must be shut off. However, it’s noted that some national parks and some campgrounds have extended those rules more aggressively.

(a) The following are prohibited:

(1) Operating motorized equipment or machinery such as an electric generating plant, motor vehicle, motorized toy, or an audio device, such as a radio, television set, tape deck or musical instrument, in a manner: (i) That exceeds a noise level of 60 decibels measured on the A-weighted scale at 50 feet; or, if below that level, nevertheless; (ii) makes noise which is unreasonable, considering the nature and purpose of the actor’s conduct, location, time of day or night, purpose for which the area was established, impact on park users, and other factors that would govern the conduct of a reasonably prudent person under the circumstances.

(b) The following are prohibited:

(4) Creating or sustaining unreasonable noise between the hours of 10:00 p.m. and 6:00 a.m., considering the nature and purpose of the actor’s conduct, impact on park users, location, and other factors which would govern the conduct of a reasonably prudent person under the circumstances.

Quiet Hours & Use of Generators

Each national park is free to extend the above rules as they see fit. You will have to inquire at each national park visitor center or campground host to determine what additional rules apply to generator use…

If camped in a developed campground, definitely adhere to rules limiting generator use and quiet hours. Most campers here are weekenders who want peace and quiet, and don’t care that you’re a full timer who needs to microwave a container of mac & cheese at midnight. In non-developed areas, where dispersed camping might be allowed, it’s very rare for anyone to complain about your generator. Park rangers typically do not patrol these areas late into the evening.

The Bureau of Reclamation does not specify “quiet hours” nor specifically limit the use of generators on a nationwide level. They do have a more broad, general rule on excessive noise…

(e) The following acts constitute disorderly conduct and are prohibited:

(3) Unreasonable noise, considering the nature and purpose of the person’s conduct, location, time of day or night, and other factors that would govern the conduct of a reasonably prudent person under the circumstances;

(5) Any other act or activity that may cause or create public alarm, nuisance, or bodily harm.

Most campgrounds located on Bureau of Reclamation lands are actually administered by other jurisdictions, some federal, but most are managed by state. Quiet hours and use of generators are enforced by these other jurisdictions, and therefore are governed by their own laws and regulations.

On developed campgrounds, where quiet hours have been defined, definitely adhere to these rules. Park rangers will make their rounds into the quiet hour to find campers still running their generators. Outside of developed campgrounds, or areas where dispersed camping is allowed, we’ve found that there is little enforcement. It generally depends on how close together campers are.

The Army Corps of Engineers defines quiet hours as between 10:00pm and 6:00am. Moreover, they also restrict the use of generators that make enough noise to “unreasonably annoy” other campers. These are published in the following regulations…

(b) Quiet shall be maintained in all public use areas between the hours of 10 p.m. and 6 a.m., or those hours designated by the District Commander. Excessive noise during such times which unreasonably disturbs persons is prohibited.

(c) Any act or conduct by any person which interferes with, impedes or disrupts the use of the project or impairs the safety of any person is prohibited. Individuals who are boisterous, rowdy, disorderly, or otherwise disturb the peace on project lands or waters may be requested to leave the project.

(d) The operation or use of any sound producing or motorized equipment, including but not limited to generators, vessels or vehicles, in such a manner as to unreasonably annoy or endanger persons at any time or exceed state or local laws governing noise levels from motorized equipment is prohibited.

The Army Corps of Engineers does not go on to define what “unreasonably annoy” means.

The Army Corps of Engineers does operate several developed campgrounds in which entrance fees must be paid, and where campers pull into defined spaces. In these campgrounds, there may be more specific rules on the use of generators. You will have to inquire with campground personnel.

Outside of developed campgrounds, the above regulations on quiet hours and generators still apply.

On areas where dispersed camping is allowed, there is little rule enforcement, and most campers will run their generators all day, even through the evening. It’s highly unlikely anyone will complain. On developed campgrounds, personnel will patrol the area after 10:00pm to find campers still running their generators, and inform them to shut down. 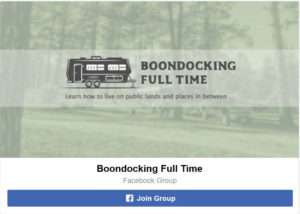