Will I Get Attacked by Wild Animals When Boondocking? 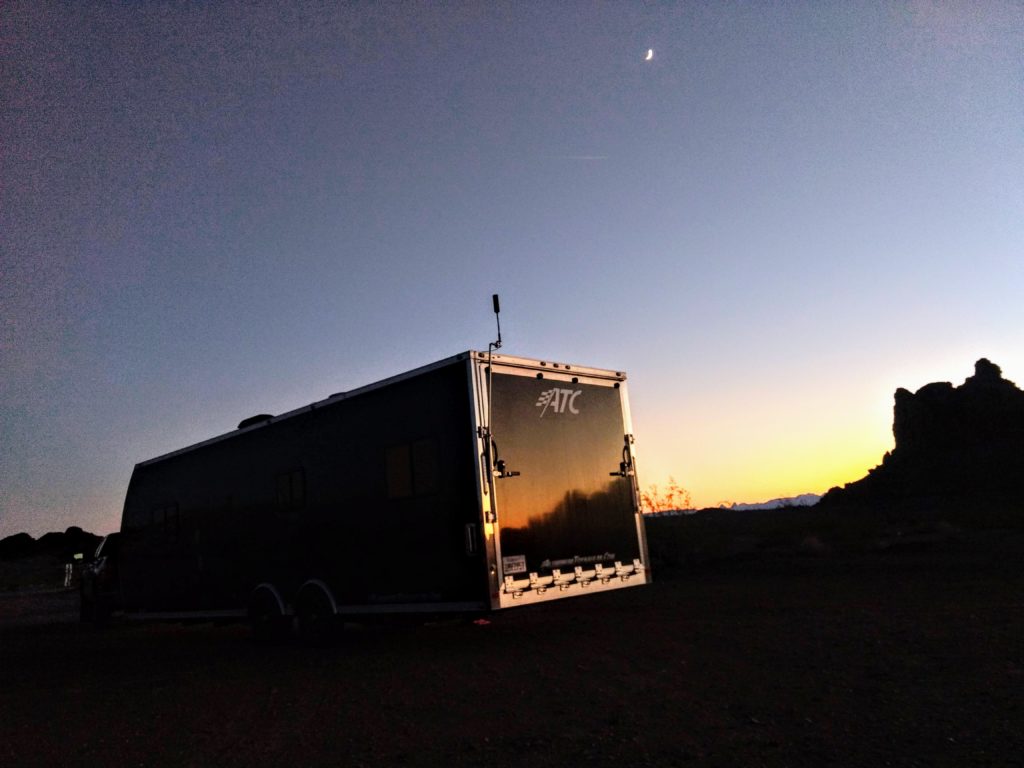 It’s rare to have a wild animal attack you at your campsite. Most animals you’ll encounter at your campsite are squirrels, chipmunks, and birds. At night, there will be rats, raccoons, and opossums going through your campsite looking for scraps or trash. However, all of these animals are present at RV parks and paid campgrounds too.

Wild animals invading your camp is a bigger problem at RV parks and paid campgrounds because there are more people there, and there’s more trash, and more scraps of food laying around. Nearby animals in these places are far more trained to wander into camp to find a free bite to eat. On the other hand, out on open, public lands, where boondocking is allowed, there are far fewer people, and hence nearby animals are more frightened to approach a campsite.

Having a bear, cougar, wolf, coyote, python, or pack of wild boars, break your RV door down and get into your pantry is unheard of out on open, public lands. You’re more likely to have this happen in the more popular national parks, such as Yellowstone or Yosemite, where thousands of people each day leave food unguarded.

Some places you may hear coyotes and wolves howling at night. But strangely enough, on most open, public lands where you find dispersed camping, it’s rare to encounter this too. Many boondockers consider it a rare blessing to camp somewhere they can hear the cries of distant coyotes. Most of the time you’ll hear very little at all. Movies and television shows tend create a false sense of reality, implying that wolves and coyotes are constantly watching you and following you. The truth is that coyotes and wolves are more concerned with finding wild game, and rarely wander into your camp.

Bats seem to be a frequent cause for alarm with many people. However, almost all bats are out looking for bugs and fruit. They never attack humans or pets. Vampire Bats do exist, but even they don’t attack humans, and tend to focus on livestock instead.

Poisonous insects like Scorpions and spiders may be found on open, public lands, but they also exist in RV parks and paid campgrounds. They rarely enter your RV, as long as you take reasonable steps to preventing creepy-crawlies from finding their way in. Read, “How to Keep Bugs From Getting Into Your RV“.

Rattlesnakes are probably your biggest concern when boondocking, but only during the day when hiking around the area. Rattlesnakes are seasonal in that they hibernate during the colder part of the year. If you’re boondocking during the latter part of Spring, through Summer, and the early part of Fall, you may encounter snakes. However, they too rarely wander into your campsite. They’re mostly looking for rodents. If you can keep your trash well contained, and keep scraps of food off the ground, you’ll minimize the number of mice, chipmunks, and rats wandering around. It’s advisable to keep a rattlesnake bite kit in your RV, and to get your dog vaccinated against rattlesnake venom.

Disease-carrying animals are all over open, public lands. But these diseases are not airborne. As long as you make reasonable attempts to keeping rodents away from your camp, such as containing trash, and not leaving food outdoors, you can reduce the number of animals wandering your camp. Do not attract birds by spreading seed on the ground. Birds are riddled with fleas and ticks. The bigger concern is your dog or cat catching fleas and ticks when wandering outside. Make sure to keep your pets protected using prescription medicines such as Bravecto or Symparica. Don’t rely on over-the-counter flea and tick repellents, they are very weak, and don’t hold up to wide varieties of disease-carrying insects that permeate the country.

There are a lot of open, public lands where ranchers have grazing rights for their livestock. These lands are still open for dispersed camping. You may find cattle wandering into your camp. Generally, they don’t attack unless provoked, and it often takes a lot to provoke them. You’ll have more to worry about with stepping into cow-patties than having one of them touch you or attack.